Apologies to Aerosmith, pink was never my fave. 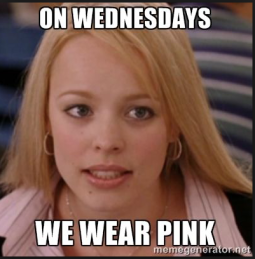 Sorry, let me just clarify: the song was cool, but the colour left me cold. Growing up with an older sister, you would’ve thought my gravitation towards the colour would have been a fairly natural one. Nah. I switched pink for blue and had a real passion for the Teenage Mutant Ninja Turtles. Case and point: remember playing Power Rangers in the garden? (No? YOU HAD NO CHILDHOOD!) I was always the yellow one… only because the blue one was a dude.

Needless to say, I looked like I was the opposite sex for the first four years of my life. I took every opportunity to rebel against the notion that all girls should have pigtails and wear pink. (Cue Beyoncé’s, “If I were a boy…”) But as I’ve gotten older, I guess you could say pink’s been growing on me. Probably because my mom eventually got tired of trying to make me wear it, so there was nothing to fight anymore. Soz, Mom.

No, for reals, that was actually me. I like to think I’ve improved with age…

And so this brings me to the topic of this post because some things in life are just better with a touch of pink.

Don’t believe me? Let me break it down for you… 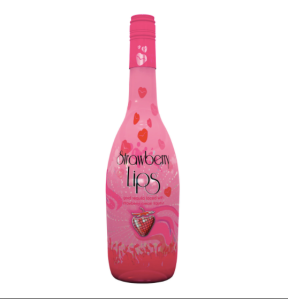 YOH. Ain’t nothing that says “girls gone wild” like a couple of these shots at the jol. For starters, it’s utterly delicious and secondly, it only takes a little to make the whole squad giggle like schoolgirls. And that’s not because it’s particularly strong, but for some reason, I think the fact that it’s pink gets you drunk much faster. Well, that’s my conspiracy theory, anyway. Bad life decisions? Strawberry Lips. Kissed an absolute minger? Strawberry Lips. Danced on the bar like you were in Coyote Ugly? (Yuss, remember that movie, hey?) Again, Strawberry Lips. It’s also prettier than Tequila (it does actually contain Tequila, though). So, move over Don Julio, you’re just not pink enough.

Yeah, so while we’re on the subject of booze, there’s a life-changing cocktail that pretty much dissolves any sort of stress or turmoil as soon as take a sip of the magical rose elixir. I know they say that real men don’t drink pink drinks, but who doesn’t love a man sipping on a blush pink beverage. LOL, just kidding, please don’t. Males listen up, you must never. Not unless you’re on a tropical island and a pirate takes you hostage, threatening to harm you if you don’t have a pink drink. But even then, you should fight to keep your dignity intact. Trade him your restless soul or your pair of Havaianas… anything to avoid being seen with a pink drink. Unless of course there’s an umbrella in it, that shit changes everything!

A rather decadent dessert from The Chef’s Table 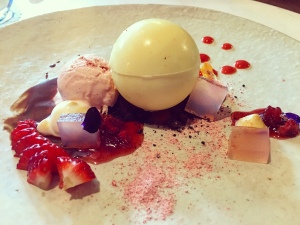 So, last week saw me paying a visit to Umhlanga’s latest eatery, The Chef’s Table. I must say I had my reservations. (Well, an actual reservation to go there and my skepticism on whether or not this new kid on the block could deliver). Oh, how wrong I was. The food was spectacular and the dessert (of course) had me feeling somewhat emotional. It was entitled “White Chocolate, Champagne, and Strawberries” but trust me when I say it was anything but the standard combination. It was gorgeously presented, and I mean GORGEOUSLY presented. It’s a certified belter in the dessert world and I’ve never seen anything quite like it. In all honesty, it left me inspired me to bake something pink. Look, what I produced is only half as stunning, but it’s 100% delicious. I say “half as stunning” because I don’t think I could top the dessert pictured above. Also, I’d really hate to pull a Ryan Lochte and bullshit you, so I’m just gonna keep it real…

And so this brings me to my recipe (YES, I BAKED. I guess you could say I’m back). Ladies and gents, feast your eyes on my latest creation, Turkish Invasion Cupcakes. Flavoured with vanilla, white chocolate, rose water, Turkish delight, and  a strawberry rose compote, this one’s a springtime showstopper! Sure, I didn’t make a white chocolate orb like Chef’s Table (show offs), but I did create something pretty damn sexy. Well, at least I think so anyway. Side note: the compote’s killer on some vanilla ice cream or with pavlova and whipped cream. Ah, pavlova. I feel old just saying that. (Shout out to the 80’s bakers out there, y’all still got it!) 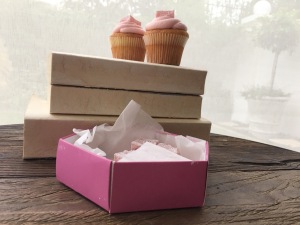 So this one is for Ash, the unofficial ambassador for Turkish Delight Cocktails at Tasha’s and for Kelli, who LOVES her some strawberry lips.

Yours in Baking, Bitching, and pinky promises (because “xoxo” was too mainstream and because some things are just prettier in pink). 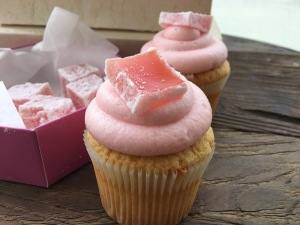 For the White Chocolate & Rose frosting:

A drop of pink food gel

A dash or two of milk

For the Strawberry Rose Compote:

2 tablespoons of sugar (or xylitol, if that’s your vibe)