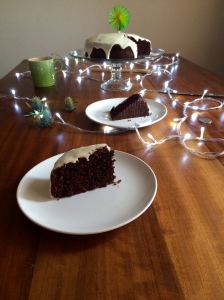 Luck. It’s an interesting notion. We can’t see it, but we can see the product of it. We can’t unleash it at whim, but we can enjoy it when it hits us. Some claim they have it, others say they’ve never known it, but I say we make our own. What do I mean? Well, of course I believe it’s possible to have random strokes of luck.  I for one had a wave of it last week when several things went my way and I even won a prize. What it was doesn’t matter (it was epic though), but in that very moment I felt as infinite as T-Pain, “All I do is WIN WIN WIN no matter what what what!” Ha. But like all good things, it came to an abrupt end on Wednesday, when I received the gift of a rather delicious-sized chunk of metal in my back right tyre. (I’m quite impartial to a bit of heavy metal, but that wasn’t what I had in mind). What I initially thought was the eThekwini Municipality spicing up the terrain to make my drive a little more interesting, became a substantial nightmare (except it wasn’t on Elm Street, that shit took place on North Coast Road).

I’m not saying that there’s no such thing as luck. What I’m actually saying is that the wheel of luck and fortune appears to turn quite unpredictably. One day it lands on you and the next, well, it screws you over. Although I do believe in luck, I don’t believe that some higher being is up there throwing darts to see which mortal is about to get lucky (not in that way you sickos).

I also believe that there are many kinds of luck, and a lot of different ways to see it. For example, bad luck. That shit is septic. But why do we always see it as bad? Is it because we didn’t get what we’d hoped for at the time or maybe because we weren’t prepared to deal with getting the opposite of what we wanted? Why do we let this get us down? Why can’t we think of this “bad” luck as a differently packaged form of good luck (i.e. good luck – the remix?) Because whether we choose to acknowledge it or not, it’s always the edited luck that goes on to prevent us from a luck that’s even worse. The thing is; we will never know what worse luck our bad luck has saved us from. (And may it stay that way).

This cake is my Great Big Guinness, a tribute to the Irish and to anyone who loves them some chocolate. The cream cheese frosting is the cherry on top of a lush, rich and decadent chocolate sponge that’s just the right amount of sweetness (just like me. Ha). I do believe that a slice of it carries enough Irish luck to make even the unluckiest of folk feel better, especially on the days where the closest they get to feeling lucky is by playing some Daft Punk.

This one’s for Carlzi who has always made her own luck, for Skye Pie who follows her luck wherever it may lead her and for my dad who always said that I had “luck like a Chinaman.” (What ever that means).

And so I leave ye with an old Irish blessing:

“May your pockets be heavy, may your heart be light. May good luck pursue you each morning and night.” Or take a leaf from my clover and go out and make your own, because when all is said and done, that’s even better.

Yours in Baking, Bitching and a couple leprechauns (because “xoxo” was too mainstream and because you don’t have to be Irish to enjoy a little luck!) 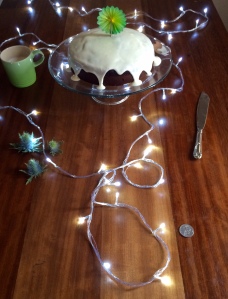 For the Chocolate Guinness Cake:

2 teaspoons of Bi-carbonate of Soda

For the Cream Cheese Icing:

100ml of Whipped Cream (actually whip it, and whip it real good!) 🙂

Health hack: Switch the sugar for Xylitol dear, and dust the top with cocoa powder instead of making the frosting.